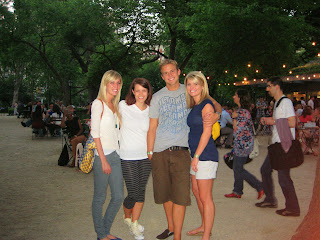 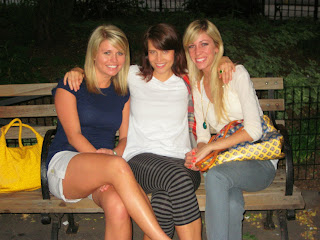 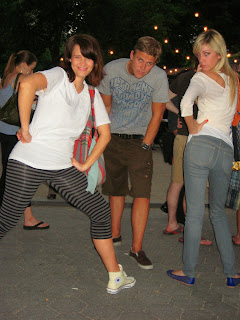 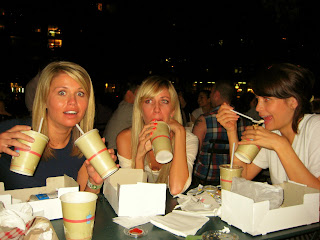 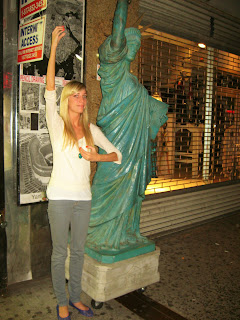 We decided to go to Shake Shack for dinner one night, which is this darling little hamburger and shake place in Battery Park. I was about to die from starvation, but the wait was well worth it in the end! The night got even better when we found the Lady of Liberty on the street.
Posted by Erin at 11:40 PM 4 comments: 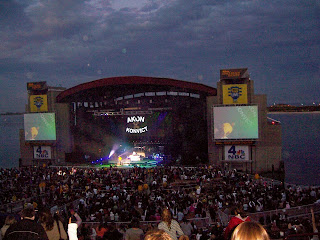 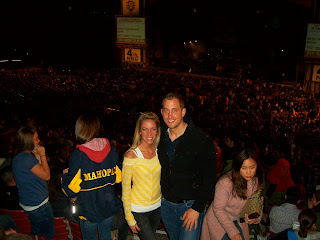 Ok, I am seriously in LOVE and have been obsessed with Gwen Stefani since her album that we played to no end during winter/summer 2005. Her concert was amazing! The best part about it was my friend Simon may have been singing louder and dancing more than I was. I LOVED IT!! I do have to admit that during What You Waiting For, images of Josh Parker doing the "bunny dance" came into my head - and I especially liked that! haha.
Posted by Erin at 11:56 PM 2 comments: 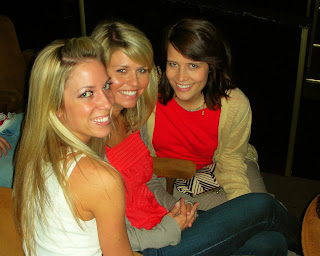 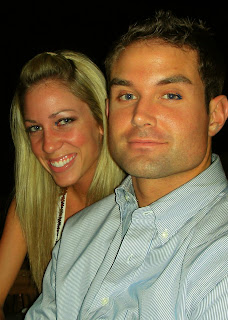 We went to a improv comedy show on Friday night, and I am not going to lie....I only laughed outloud about 4 times total. Good thing WE are funny, or else the night would have just been a bust.
Posted by Erin at 10:23 AM 1 comment: 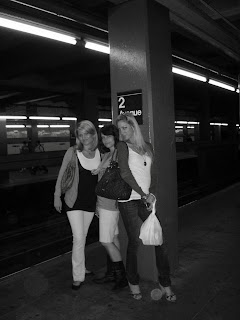 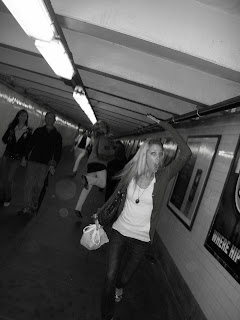 L-E-S stands for the "lower east side". This is a place where we rarely venture, although we should go more often because everyone is YOUNG! Living on the U-W-S has its pros, dont get me wrong, but we sometimes miss the younger crowd! These photos are from our LONG journey to the L-E-S...
Posted by Erin at 9:00 PM 2 comments: 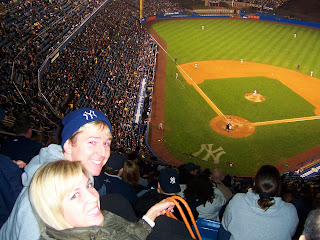 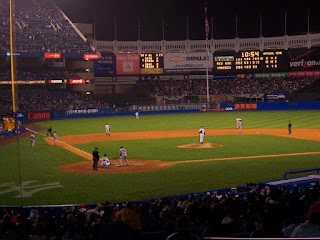 So, my friend Mark calls me up to go to a Yankees game. It sounds like fun, so I accept, only to ask him like 7 more times that week if it was the Mets or the Yankees we were watching. The day of the game, his friend who had bought the tickets from some "Craigslist Scalper", LOST the 4 tickets. I dont even know how that would happen! Hearing this news 1 hour prior to the game may stunt some people, but not Mark. He was determined. We still went to the stadium, where I was told to sit on a bench while he did his "thing". Ten minutes later he returned with 2 tickets in-hand. I have to be honest here and tell you that I felt a tad bit out of place....ok really out of place. I would describe the atmosphere of the game to a frat party in San Diego - a whole bunch of young drunk guys, yelling, and totally unaware of anything else going on. I settled in after a good 20 minutes and actually ended up enjoying myself!! In fact, I guess it was a HUGE deal that I went to this game. Yankees vs. Red Sox is some big rivalary or something. Crazy.
Posted by Erin at 9:15 AM 2 comments: 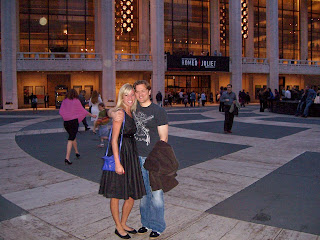 So, my good friend Carl made me the happiest woman alive last night by treating me to New York City Ballet's Romeo and Juliet! I just about peed my pants with excitement! Juliet was amazing and I wish that I was EVER that good. I do have to mention that Romeo was a tad bit melodramatic. I mean....the guy would throw up one arm in the air and prance of the stage in such a feminine fashion - it was scary. He could have just dashed off like a usual handsome prince, but decided he would be the "dramatic type". It won him a "bravo!" atleast from the old women to our left!
Posted by Erin at 6:55 PM 2 comments: 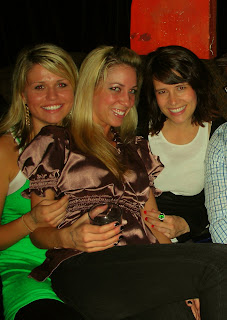 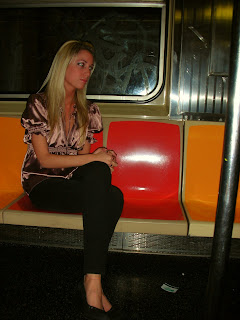 Ok, so not that hard! After debating for a good ten minutes last night, we decided to be social and head to the East Village for a party. All in all, I dont regret it, and the dancing really made up for ALL the awkward convo that took place.
Posted by Erin at 10:30 AM 2 comments: