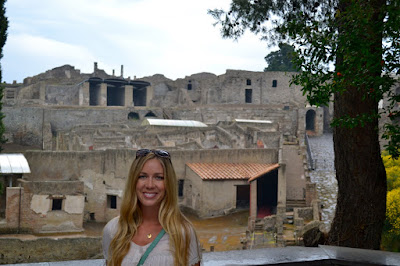 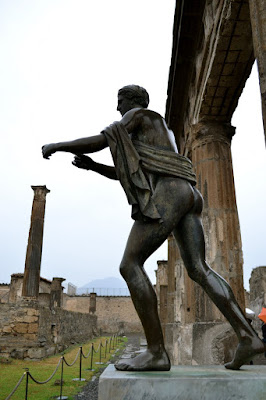 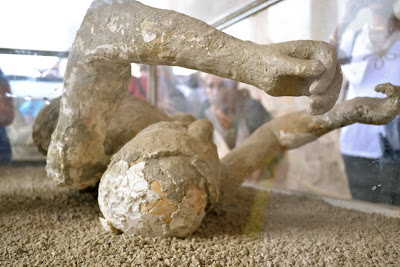 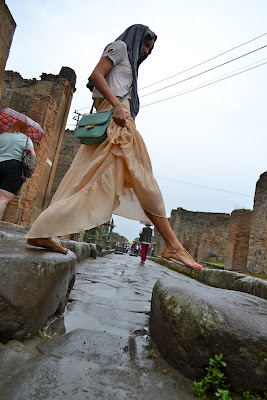 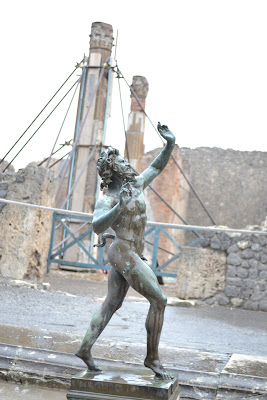 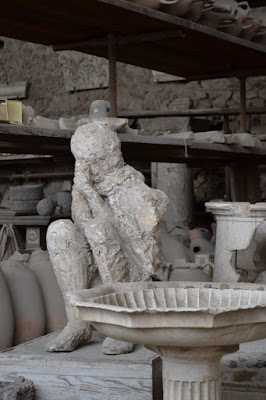 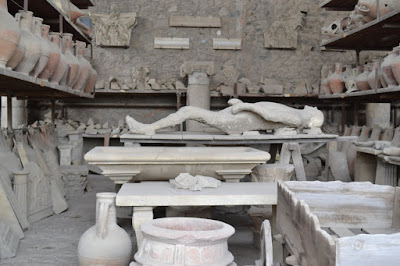 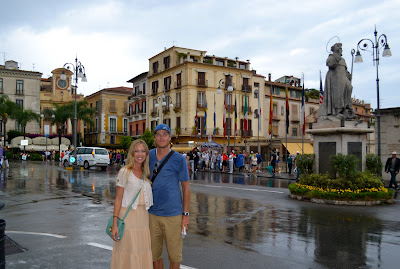 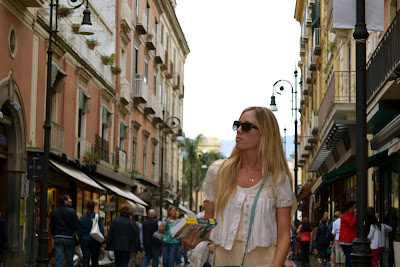 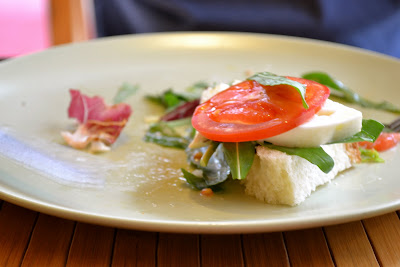 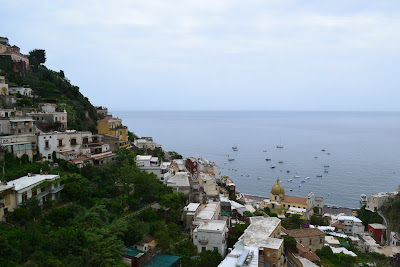 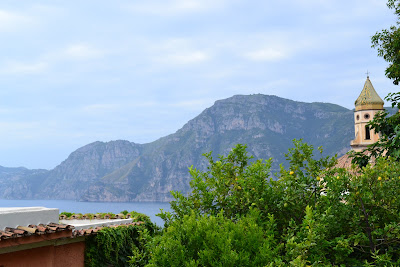 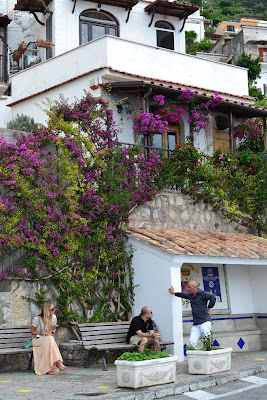 Naples is the most densely populated city in all of Italy. Apparently the garbage men have gone on strike – literally. There is just piles and piles of garbage that lined the streets. Lucky for us, we didn’t spend anytime in Naples. We shared a cab from the ship with a little asian family from LA. They were very frugal – haggled with the cab driver and asked a lot of questions. The 20-year-old daughter was very…anxious. More so than I, believe it or not.

We purchased a round trip ticket to Sorrento, a coastal town about 70 minutes outside of Naples. But first we stopped at Pompeii, a site that contains ruins of a once thriving city. The city was completely buried after Mt. Vesuvius erupted in 79 AD. There were even (casts) of actual bodies that were discovered and preserved by the volcanic ash. The site is HUGE and there was no way to cover it all.

We hired a live guide, which was a cute little old Italian man with an umbrella, and only charged us 10 euro a piece. It made it much more interesting to know what we were looking at. The city seemed very advanced, especially for the time that it was built. There was an entire set of rooms that were designed like a gym, shower, and steam room. The engineering was incredible. It started to rain on us a bit, and our handy “Princess Patter” (daily ship newsletter) did not forecast rain. Whoops. We survived though and made it through our tour.

We got back on the same train to continue on to Sorrento, which is darling in itself and overlooks the Bay of Naples. The town is known for its Limoncello, a tangy lemon liqueur – lemons were everywhere! We had to have some considering it may be a once in a lifetime opportunity. “When in Rome”, right? Jk.

Walking through the streets of Sorrento, there are many shops and the Piazza Tasso with a large clock tower. I really wanted to have a nice lunch, so we took a suggestion from Rick and wound our way through the narrow back streets to find a restaurant called Inn Bufalito. It specialized in Italian cuisine with buffalo mozzarella – sooooo good! We started with a Capri salad (yes, the island of Capri is right of the coast of Sorrento, but we opted to head up the coast instead), then ate a buffalo mozzarella pizza, stuffed artichoke/mozzarella ravioli and a jamon panini. Quite the meal. Our server was funny and spoke pretty good English. We were very happy with our choice :-)

We raced back over to the train station to get a bus up the Amalfi Coast. This coast is famous for its dramatic cliffs dropping off to the ocean. It is featured in many movies, like the Italian Job. Rick told us to be sure to sit on the right hand side of the bus for the best views. It is a narrow and windy road, obviously VERY high, and the cliff just drops off to the ocean about a few hundred feet below us. The bus was awesome, because it was like a nice airport bus with HUGE windows, so we had great views. I would squeal every now and then when we got close to edge and imagined us plummeting to our early deaths. But we survived. And it was worth it.

The bus travels all the way to Amalfi Town, but we worried about making it back to the ship in time. We stopped off at a town called Positano, with pastel houses that cascade down the hillside. It doesn’t even appear to have roads that go through it besides the Amalfi Coast Hwy. It was beautiful to look at, but I was getting nervous about missing our ship waiting for the next bus. To Warren’s dismay, we shelled out 50 euro for a taxi ride back up the coast to make it back to the train station.

We made it back to dirty Naples to discover an obese woman with her dress lifted peeing in the street. Ahhh….just another day in the city. Warren was in some serious shock. Then, the biggest shock of all – the BEST gelato of our trip? At the port terminal right as we boarded the ship. Go figure.

I love how you have, like, THE BEST DRESS EVER for each place! I look like an ugly, frumpy tourist in all my Europe pictures.

Wow, we need to be going on a vacation all of these places.

Is it Warren, or you, with the artistic eye for photography? Great shots!