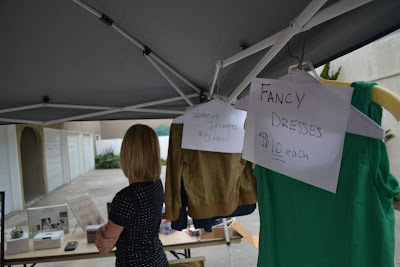 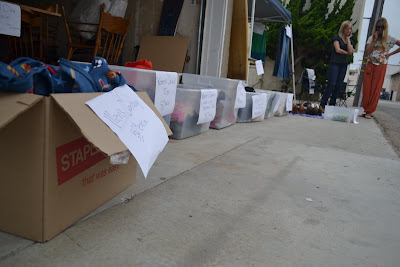 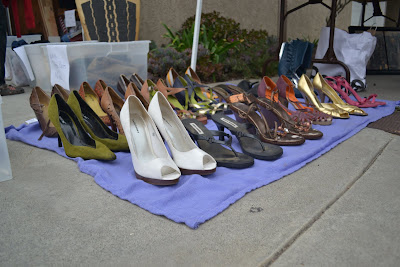 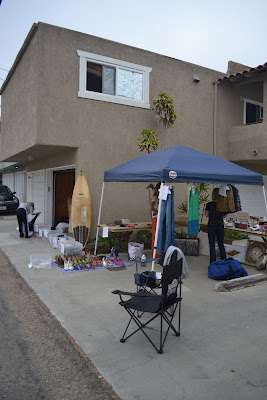 Warren and I had our first garage sale as a family yesterday. it was great! we have been cleaning and reorganizing and decided it was time to purge. we put an add on craigslist and I updated my fb profile. We had a pretty good gathering of people at 7am - right at the start time and it stayed pretty sustained for about two hours. After that we had a steady stream of people till noon when people came less frequently and we decided it was about good for the day. It was great spending the day together, meeting some neighbors and others out and about during the morning.

things were priced to sell. biggest surprise of what didn't sell... all my shoes?! hardly anybody even looked at them. idk if it's bc they weren't the right size (several asian ladies commented on how "long" and "big" they looked).

most surprising thing that did sell... warren's footed pajamas. he didn't have them out originally but I told him they would sell. and. they did. for a whopping 50 cents. holler!

definitely well worth it. although we didnt have big ticket items we made much more than expected. baller status. we celebrated by dinner at wing stop. classy. :-)

Sounds like a relaxing way to spend time together and meet your neighbors. Thanks for sharing.

haha-i love that i made some photos :)