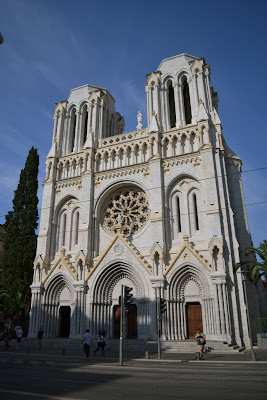 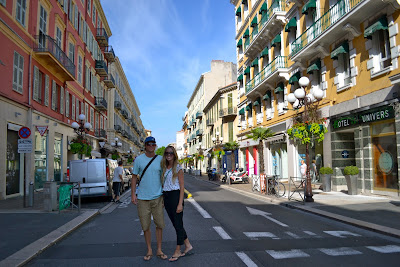 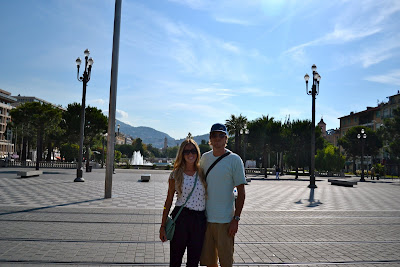 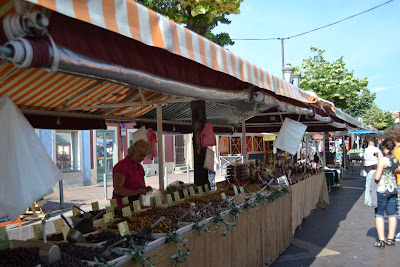 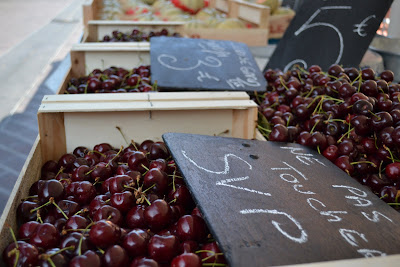 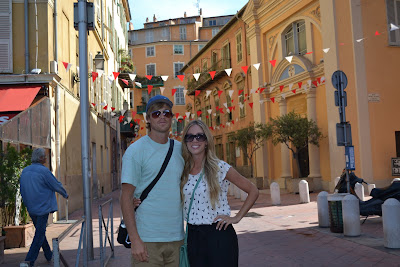 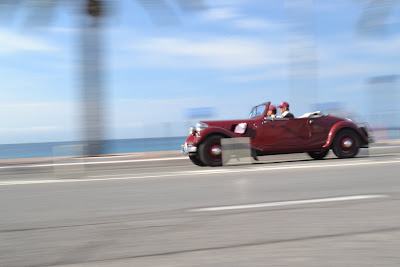 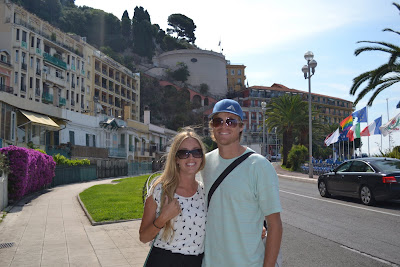 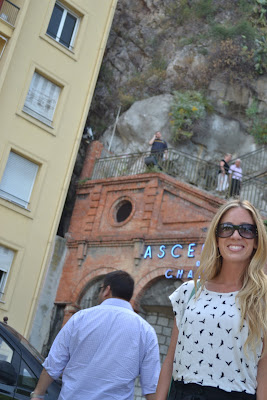 view from the top of the park 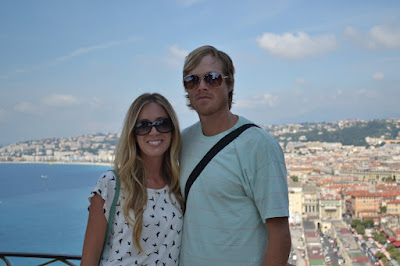 view of bay in monte carlo 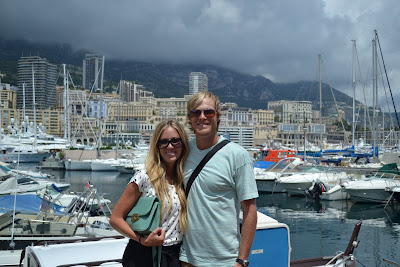 This port we had to access through a smaller tender boat to shore. It didn’t take too long and we had met up with Eugene and Andy to spend the day with them. We walked through a few streets in Monte Carlo to the train station, where we could not find a counter to by tickets. We hopped on the next train to Nice, the capitol of the French Riviera, and made it there (as stow-aways).

Along the way, a couple from Mexico tagged along with the four of us (I forget their names). We walked down the main street to get to Nice Old Town, which is on the coastal edge with views and a beach on the French Riviera.

We stopped off at the local market and took a look around, and ate a light meal at a café (penne pasta in a cheese white sauce and sliced ham on top). We then headed to the park on top of the hillside with amazing views of the Riviera. We were able to take an elevator up and down in the park, which was very convenient and saved us a lot of time.

We decided to take the public railroad back to the train station (very short day) which only cost 1 euro. We made it to the station to find our asian family, who told us the train was canceled (some strike – of course) and that we would have to take the bus. So back down the railroad to old town to catch the city bus.

The bus drove on the windy coastline of the Riviera and took about an hour (compared to our 20 minute train ride that morning). We arrived just in time to take a picture with the famous Monte Carlo Casino and then discover that there was a line of about 2,000 people to get back on the boat.

All in all, Nice was beautiful and very quaint. It was definitely more relaxed than other days and ports. A nice way to end the trip.

i spent my honeymoon in those places. i am moving to france in aug!!! its too bad i missed you. come back soon :)