warren g is my bff. he also is the most selfless person i know. a couple weekends ago he had his second step of boards (aka a 9 hour test to determine the rest of our lives). i was trying to be a supportive wife and have the house cleaned with dinner waiting when he got home. but, as soon as he got out of his test he called me and told me to be ready to run out the door when he arrived. i didnt know what was going on, but i put dinner in the fridge, frantically put my make up on and we were out the door in 2.5 seconds after he arrived home.

he told me we were meeting some of his classmates in LA for a dead perez concert at 8. but he was unusually stressed about getting there in time. about halfway to LA i asked him if that is where we were really going and he just kinda smiled and handed me an envelope. inside were two tickets to this: 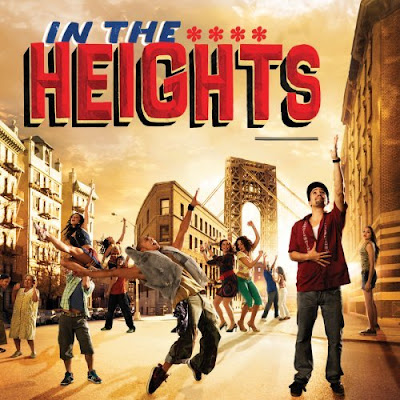 it was playing at the pantages theater and i had been talking for WEEKS how i wanted to see it! i seriously almost starting crying. a. bc i was so excited. b. bc he surprised me with something that he knows i LOVE. c. bc his gesture was just so kind and selfless. here he had had undoubtedly a stressful day with his test and wanted that night to be good for ME. 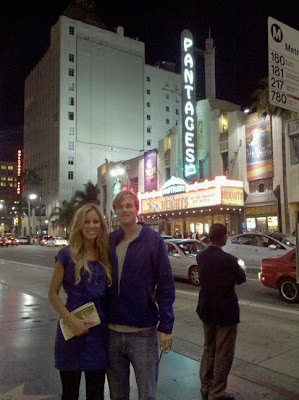 and you even match- I really miss you guys!

you guys are darling.

oh man i miss my boy warren G. PS my brother got his mission call to VEGAS. i'm sure all you think about is my bro when you say warren g. i'm SURE. i love your outfit and i love that you got to go to this!!!