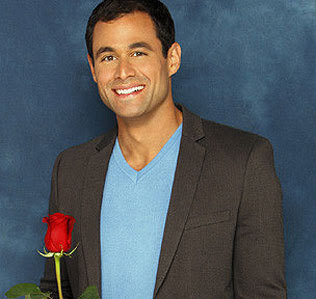 Jason. Words cannot describe how SICK I feel right now. I have wanted to throw up ever since the “after the rose ceremony” episode aired. Jason is the most disgusting person…..ever. He is selfish, narcissistic and demented. Of course NONE of his relationships have EVER panned out – it’s bc he self-sabotages them. I don’t think he is capable of being faithful to ONE person, and I don’t feel as though he has any sense of commitment or regard to anyone else, but himself. And his excuse of “I need to follow my heart” is the same crap cheating husbands give their wives. He would have gone back on his decision even if he had picked Molly at the final rose bc HE HAS ISSUES. And the fact he thinks he can do whatever he wants, break up with whoever he wants, get back together with whomever he wants is just the most pig-headed thing I have ever seen. And breaking up with Melissa ON the show? Real classy jack-A. Not to mention he has sex with all these women in the same week. He absolutely disgusts me.

Molly. She is an idiot. First off, she is manipulative and has weird emotional (or lack there of) issues of her own. She totally planted all these thoughts in Jason to make him question his decision and then acted aloof to continue in her scheme to make him see that he was making a wrong choice. She is obnoxious and obviously has NO self-respect after taking a man back who broke her heart on national television by telling her he “was in love with someone else”, had a relationship for MONTHS with the other woman and then broke up with her 5 mins before seeing Molly and now wants a relationship? What woman in her right mind would trust a man like this?? Or think he is honorable, honest and even deserving of any type of human relationship. It is sad. Oh – and her eyes are CRAZY looking.

Melissa. I love you. And loved when you called him a bastard under your breath. Good for you. You deserve someone who is ATLEAST capable of acting like a human being.
Posted by Erin at 3:28 AM

Good job on your blog! I've never seen this show, but now I also think Jason is a no good, cheating, liar. well done.

a-freaking-men. the guy is an assclown.

I feel bad for his kid. He has a dad who is a horrible and terrible person.

I TOTALLY agree!!! I can't believe what happened last night!

you took the words right out of my mouth. i'm still sick about it.

I feel like you just let Ryan have it.

i too was absolutely disgusted with Jason last night! he's just asking to be the biggest a-hole in america. and molly, with her crazy eyes and weird happy awkwardness! i can't believe they were kissing at the end! the show is horrible, but really entertaining. poor mel.

Totally agree with you about Ry-I mean, Jason...

i second third fourth and fifth every single thing you said! he was such a jerk.

agreed.
jason and molly have seperate issues of their own. they are both super lame. great rant erin...i was feeling the steam through the computer.

Ha! Simon and I stayed up so late watching these episodes last night, and I had nightmares from it. Melissa's parents have to be so glad they didn't get involved with Jason's twisted world. Molly's eventually going to realize that he's a loser and her once exciting life will be reduced to babysitting his kid and coordinating with his ex-wife. Jason will be alone again. And wherever he goes he will be harassed by women everywhere. He needs help. And his ex wife needs to have sole custody of Ty.

I hope you know that I said that with love. Maybe that's just the way (I) felt about Ryan and your words nailed it.

I agree with Whitney...ha ha.

I just wonder how much he got paid to do it. Because let's cut through the crap--everything that happens in these shows is dictated by the producers. This kind of emotional reaction is exactly what they want, because they know it will just make the show THAT much more popular next season. And this is what they tell the advertisers.

Don't hate the players...hate the game.